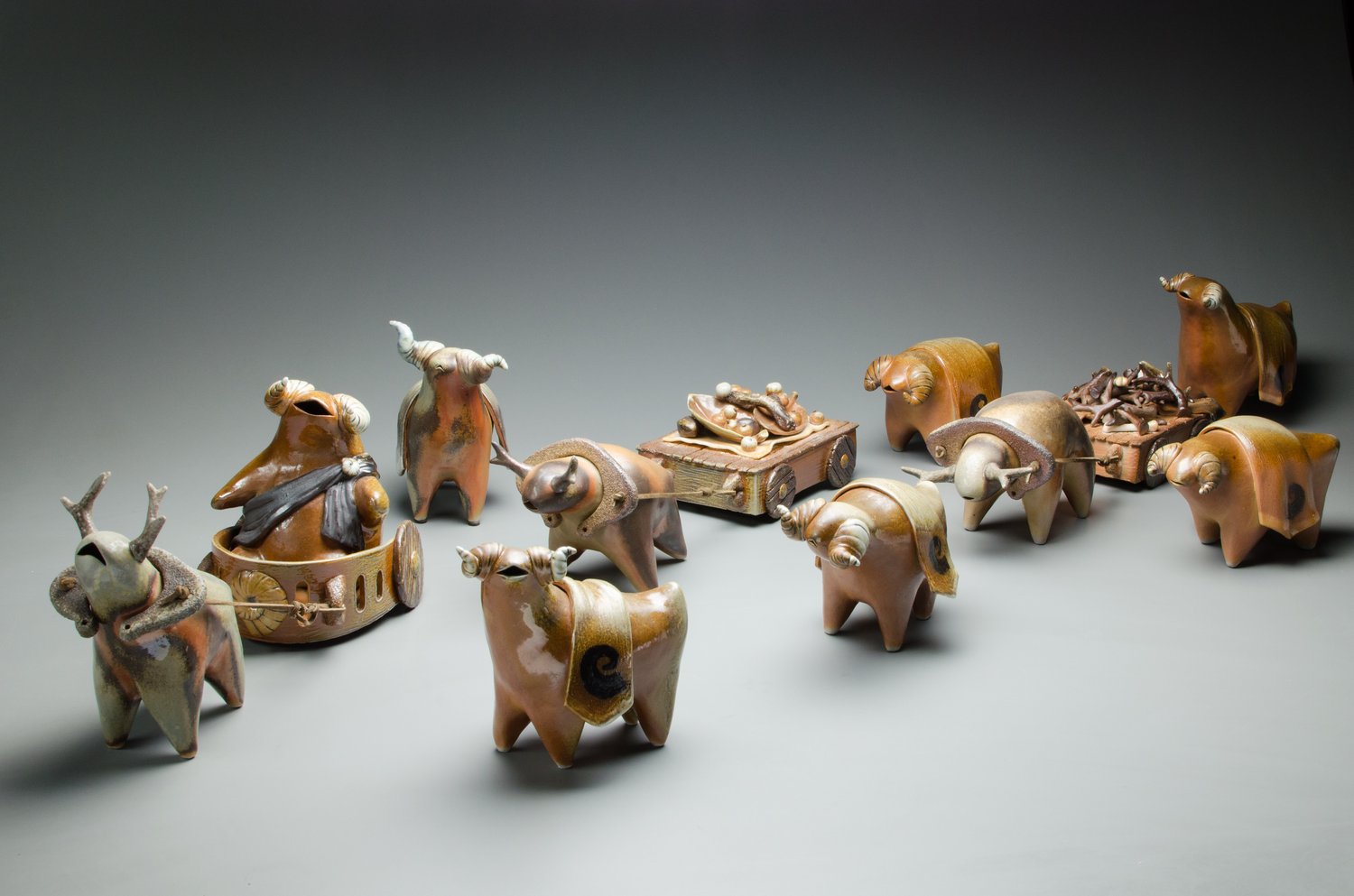 This piece, from 2015, was a reference to the victory parades of ancient Rome, which were called "Triumphs". This Triumph is the end result of a generation-long war between the elk beasts and the rams beasts. The dictator beast is pulled by a captured elk beast, while other elk beasts pull carts displaying the spoils of war - twigs, berries, bones, and antlers.
I designed and completed this piece in 2015. The passing of time has added some unexpected twists to this (originally) light-hearted satire of military self-importance.
I recommend displaying it in an long, orderly parade. There are presently three carts and six guards. All the beasts are a bit larger than my standard beasts, about 6" long.

About the process:
This original handmade sculpture was woodfired in a traditional Japanese-style anagama kiln. The kiln was fed with wood every five to ten minutes until it reached temperatures of 2300 Fahrenheit over the course of five days. The ash coated the piece and melted into an beautiful glaze.
I used 4 different clays within this piece, each of which reacted differently to the wood kiln. There's white porcelain bones, and rough stoneware yokes. Black slip has been used to add "horn" sigils to the drapings of the guards and the robes of the emperor.

About shipping:
This one's going to take me some time to box up. It should be ready to ship within a week. In case of overpayment for shipping, I'll refund the extra.

About payment:
Interested in paying in installments? Shoot me an email, and we can make it happen.